So, what’s really happening with the Ontario Autism Program? 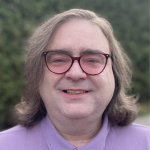 There have been many media reports talking about the future of the Ontario Autism Program (OAP), with quotes from parents and professionals who have expressed great concern on what is coming and when it will arrive.

I was a member of the OAP Advisory Panel that met last summer (2019) and pubished our report last October. I’m also a current member of the Implementation Working Group and as such, there are a lot of things that I can’t talk about, but there are things that I can, especially the things that have been announced and the general direction given to us in our mandate. I am doing this unofficially, but based on the publicly available content on Ontario government websites.

With a large protest happening planned for February 18th, I am concerned that so many parents think there are avoidable delays to their children getting access to a needs-based program.

The chief concerns I have heard from parents and professionals are:

The new Ontario Autism Program will be rolled out in stages throughout Fiscal Year 2020/21 which begins April 1, 2020. There has been a lot of controversy and confusion in this. Many reports have said that the needs-based services aren’t going to be available until April 2021. That is not what has been announced. It will take time for all services to be ready, but many will be rolled out throughout the April 1, 2020 to March 31, 2021 timeframe. Some elements, such as care coordinators may take longer to fully implement.

So let’s look at the four co-horts that exist in the Ontario Autism Program (OAP), and what is available to these children now, in the interim, and what can they expect to see in the new fully needs-based program that will appear in stages in Fiscal year 2020/21 beginning April 1, 2020.

The rest of this article is available on Medium

Meet the Dever Family – We Are One!

Meet the Dever Family – We Are One!

The ODSP Crisis for People with Disabilities in Ontario